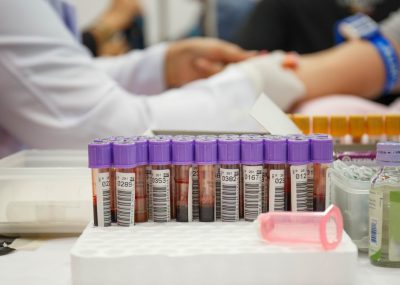 More and more women of all ages are coming for regular  STI screening, they see this, quite correctly, as a way of looking after their own health.

Sexually transmitted infections are a risk at every sexual encounter and if untreated may cause long-term problems. A full STI screening involves a pelvic examination, swabs for culture and blood tests.

We can also will test your partner; this involves a urine sample, urethral swab and blood test.

Symptoms of STI include:

In many cases an STI has no symptoms, so if you are worried it is best to get it checked.

Chlamydia ia one of the most common sexually transmitted infections (STIs). If untreated it can become painful and cause serious health problems such as infertility.

Chlamydia is caused by bacteria, which are found in semen and vaginal fluid and are easily passed from one person to another through sexual contact. It is particularly common in younger people but anyone who is sexually active can get it. Both men and women can have, and pass on Chlamydia. Often there are no symptoms or they may be so mild you do not know you have it.

How is Chlamydia passed on?

It is also possible to transfer the infection from the genital area to the eyes and for a pregnant woman to pass the infection to her baby. It is not fully understood at the moment how possible or easy it is to spread the infection by transferring semen or vaginal fluid to another person’s genitals on the fingers or through rubbing vulvas together. You cannot catch Chlamydia from kissing, hugging, sharing baths or towels, from swimming pools, toilet seats or from sharing cups, plates or cutlery.

How can I protect myself from Chlamydia?

These measures can also protect you from some other STI’s such as HIV and gonorrhoea. If you have Chlamydia without knowing it they will also help prevent passing it on.

What are the Symptoms?

At least half of all infected men and women will not have any symptoms at all. If you think you could have Chlamydia then go for a check-up and encourage your partner to be checked for infection. Symptoms can show up 1-3 weeks after coming into contact with Chlamydia, many months later or not until the infection spreads to other parts of your body. If you do get symptoms you might notice:

Treatment
Treatment is very effective with the correct antibiotic.

This is a condition caused by a yeast infection. It is usually ‘candida albicans’ and is often called ‘thrush’.
This fungus is always present on our bodies, on the skin and in various locations like the mouth / genital area, and is a normal commensal within the vagina. In other words, it has every right to be there! Why it should overgrow on occasions and cause thrush is a bit of a mystery, but there are a few well defined predisposing factors. The commonest is a course of antibiotics, particularly broad spectrum antibiotics, like Tetracyclines. These kill off the other normal bacteria and allow the thrush to dominate.

There is no doubt that hormonal changes can sometimes predispose to this and, for example, many women who become pregnant do seem to have candida throughout the pregnancy. There is, however, absolutely no definitive study showing that the oral contraceptive pill has any influence in either clearing up or generating thrush. Many studies have looked at this and the general advice now is that there is no point in fooling around with changing contraceptive pills in an effort to stop chronic candida.

If someone is on a pill that they are generally happy with “best stick with it”. A third factor ,which can be important , is the friction of intercourse. Of all, this is the easiest to deal with and any woman who is prone to candidiasis should use extra lubrication whether she thinks she needs it or not.

Moving on to the more medical treatments, there is a whole plethora of pessaries and creams available, as well as the oral treatments like fluconazole. Canesten  pessary and cream is often the first line we recommend to the patients, that should they recognise thrush developing, they can simply purchase this themselves over the counter and self treating.

Obviously, it is important to be reasonably certain that one is dealing with thrush. For example, very rarely, it could be trichomonas or even chlamydia. Obviously, every woman with thrush and every case of thrush does not need investigations.

There is not a single scrap of evidence to suggest that treating the male partner is of any benefit to the woman. Most male partners of women with candidiasis don’t get any symptoms and can be left alone. Few men do occasionally get recurrent candida and for them it is appropriate to treat if they get a rash or the typical spots of candida on the glans or prepuce with Canesten cream. It is Not considered a sexually transmitted infection.

Finally, some home treatments are worth a mention. Many women find that live natural yogurt is soothing and can actually help restore the normal vaginal flora.

Also, it must be understood that this is a distressing nuisance condition. It greatly interferes with someone’s sex life and can cause great difficulty within a relationship. The patients must understand that it is a problem that can disappear as mysteriously as it first started for no apparent reason. Many people go through bad patches of chronic candidiasis and they find it just stops happening. They must have the means to treat it at home, so that they can get treatment under way immediately. They must also understand that this is their condition and can be easily managed within their own home. It can be managed to a degree that should not interfere with sex and relationships.

What are genital warts?
A virus called human papilloma virus is responsible for all kinds of warts. The virus affects the outermost layer of the skin where it causes growths. These can be anywhere on the genitals – including urethra, vagina and the anus.

How are they detected?
Warts on the genitals are easy to diagnose. It’s simply a matter of looking.

How common are they, and how are they spread?
They are extremely common. The numbers of people with genital warts has doubled in recent years. It is mostly through sexual contact, although the possibility of infection by hand warts cannot be completely ruled out.

It may be possible for the virus to be present in the skin and cause a wart many years later.

What causes warts to grow?
Once you have been exposed to the virus it can take weeks to months or longer for a wart to develop.

How can they be treated?
There are several ways of treating the warts. Much of the difficulty lies in the fact that the virus is present not only in the warts but in the skin around them. This is one reason why warts may recur and tend to develop right next to the original warts. Only visible warts can be treated. This treatment may be by applying cream at home, by freezing, by surgery or by cautery.

Warticon is a cream / lotion that can be applied at home.

Cryocautery (freezing) is useful for large single warts or for warts situated in areas unsuitable for painting, ie. The tip of the penis, or those not responding to other treatments. It is usually done weekly.

Imiquimod (Aldara) a home treatment which acts in conjunction with the patient’s own immune system. Treatment can be slow initially, but recurrences are less.

Some patients can become inflamed from the immune reaction but this will settle and then the cream can be reapply. 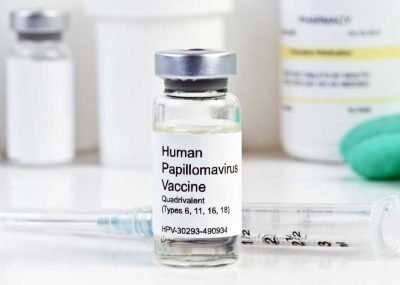 The Gardasil vaccine is currently being given to all schoolgirls in 1st and 2nd year. This vaccine, as well as reducing the cervical cancer rates, will hugely reduce the incidence of genital warts.

Smoking
Research has shown that heavy cigarette smoking, slows the immune system, delays clearance of warts and may increase recurrences.

Relapses
There is no wart treatment which kills the wart virus. Further episodes of genital warts are possible, weeks or even months after successful treatment. However, genital warts do always eventually go for good.